You can avoid costly repairs for your commercial building with our HVAC Maintenance Plans.

Been In Business
Since 1986

A plan for Commercial HVAC Maintenance will ensure it runs through the summer, keeping customers, clients, tenants, and employees happy. A healthy and well-kept AC unit will also reduce your energy bills by operating at peak efficiency.

It will also ensure your unit can reach its maximum lifespan, avoiding a costly premature replacement. 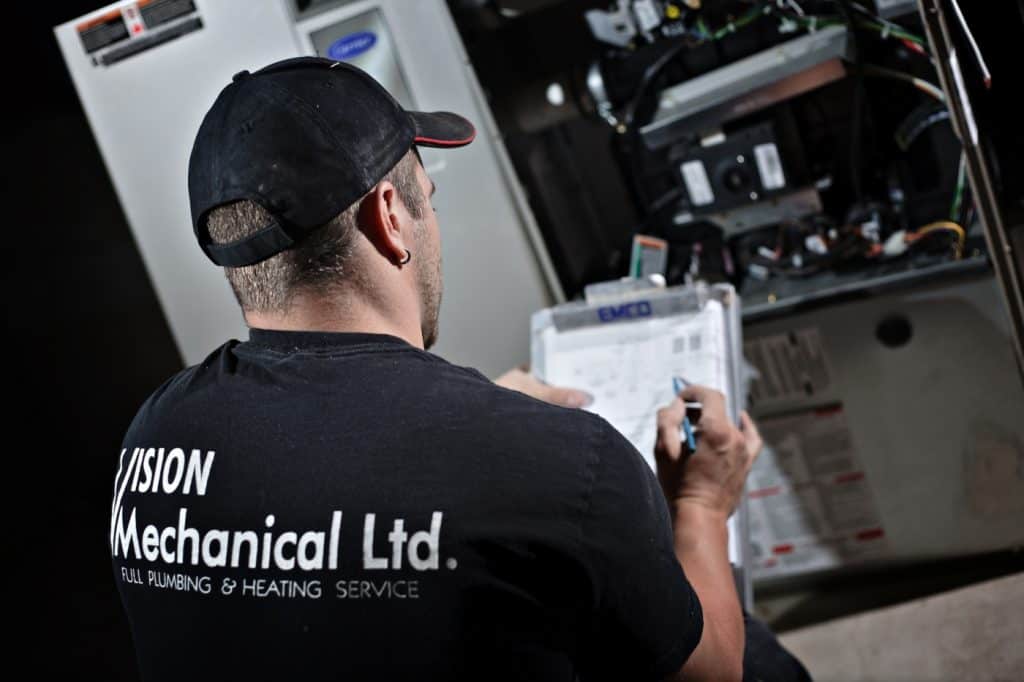 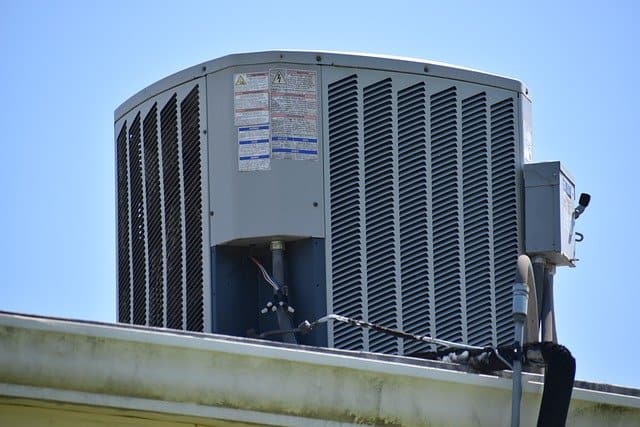 Commercial properties have a range of purposes and as such, their equipment can differ greatly from building to building. Each maintenance program is tailored to the needs of the property so there are options for bi-yearly or quarterly services.

Due to unforeseen changes with the building manager responsibilities, we also include a schedule of duties to be performed. This strengthens the relationship with the building as all parties are aware of the work being done or scheduled to be done.

As a member of our HVAC Maintenance Program, you receive preferred hourly rates and dispatch charges. This applies to any service calls – including plumbing repairs. Buildings that we service are also added to our Priority & Emergency Booking list.

When you need commercial maintenance, Vision Mechanical goes above and beyond to take care of you and your equipment. 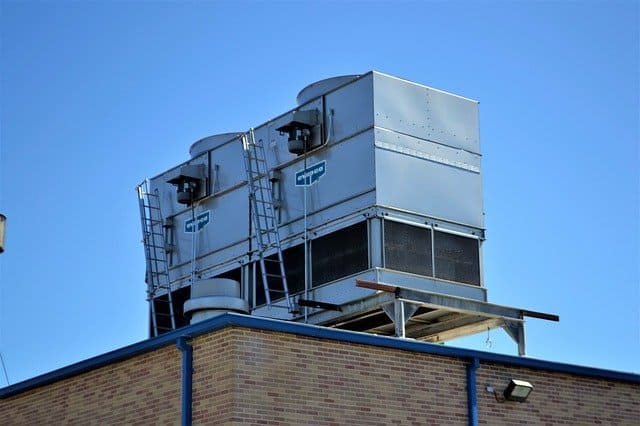 Contact us for more information or to schedule a quote for a new HVAC Program, please email [email protected] and our HVAC team will be in touch.

Once again, Vision Mechanical to our rescue. We had the misfortune of having one of our commercial Hot Water Tanks go on us. Since Visions had done such a fantastic job when they replaced our dreaded Kitec Pipes, we just picked up the phone and called Visions and to our rescue Jeremy came. Not only was he able to track one for us, he also made sure it was installed within the week to the delight of all 39 owners in our building. It is such a pleasure to work with contractors who show up on time (or early as this crew did), did an awesome job, cleaned up after themselves and were just plain great guys to deal with. It doesn't seem to matter who Visions sends to us , they have all been awesome and do a fantastic job. Thanks again for another job well done. See you in the fall when you replace our HVAC System. Visions Mechanical Ltd. is truly the BEST!! Strata Council Kas 2723 Stellar Place
Chuck, Darlene, Alex, Sue and Jill
Great service all around. Used them both at my rental for a residential furnace service and at my work place for same thing. In both times I've experienced nothing but professional service. Starting from the booking on the phone and communicating prior to it, and on site with techs. In both cases they were extremely professional, knowledgeable, and helpful. Very modern approach to communications too with automated reminders, automatic invoices being sent, and reports with pictures attached. Very well run company. Thank you for y'all help!
Yuri Grozenok
Mike came to our home (masked throughout his stay) and installed two sinks. He arrived on time and did an excellent job on both sinks. Vision Mechanical has done several jobs for us in the past and they are always been prompt, professional and done an excellent job. I highly recommend them and would definitely use them in the future.
Bruce McWilliams
It's been a pleasure to work with all the different people at Vision on our numerous projects. From a brand new Furnace to leaky pipes to new washer/dryer hookups, the tradespeople have been so helpful and professional. Tyler just did a new dryer vent for us and it is perfect. You are our first call always!
Susan Dollevoet
This company saved us!! So lovely to work with from start to finish, incredibly responsive, and just nice people. Our sewage pipe was completely crushed, causing it to back up into our house...NOT what you want. After dealing with other companies in the trade I can’t tell you how happy we are went with Visions, it was as smooth as possible. Thank you!
Chelsea Agnew
Everything with our service was excellent! We where very impressed with the service we received. All the staff where great to us and explained everything very thoroughly. There where no 'hidden' surprises at all. The quality of the work was excellent. We would not hesitate to calk John and his staff again for anything!!
Caro Bulk Lenarduzzi
Previous
Next